“Yeah I’m producing a record of Irish Christmas music from the 1600’s,  a group of songs known as “The Wexford Carols” with a traditional Irish singer called Caitríona O’Leary our guests were Roseanne Cash and Rhiannon Giddens from the Carolina Chocolate Drops and Sir Tom Jones, they were all with us in Ireland.”

“I think it was and shall be… Catriona is a very gifted singer of very old traditional music (though not exclusively) she’s been very devoted to this body of songs and when I was brought on board to produce I was given a fairly open hand to invite a few guests to broaden the canvas some.”

“Top Choice” from RTS Swiss Radio for THE TRANSCENDENTALIST

Listen to the show (French language)

Crescendo Magazin have reviewed THE TRANSCENDENTALIST in their September issue.

“It is absolutely incredible how close some of Scriabin’s pieces come to the musical worlds of Morton Feldman and John Cage. Ivan Ilić, who studied with the great François-René Duchâble, proves to be an outstanding performer with a moving personal touch. A thoroughly interesting album.” 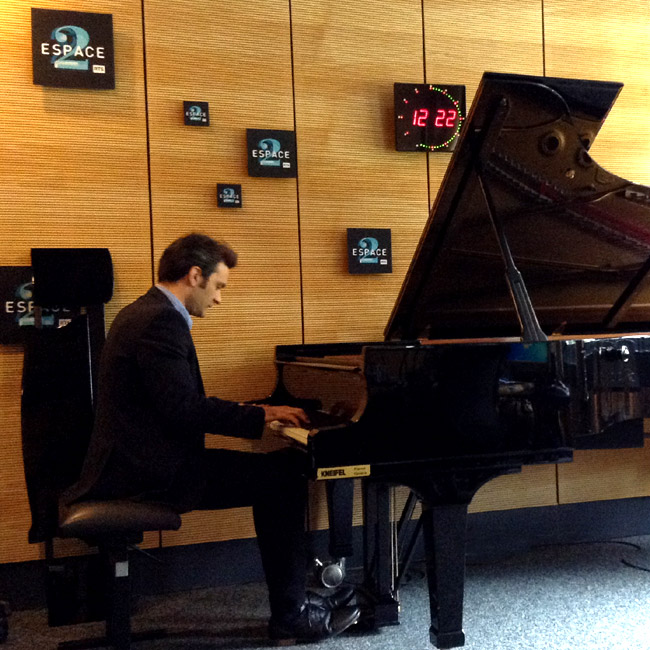 A 5 Star review from Czech magazine HARMONIE for THE TRANSCENDENTALIST 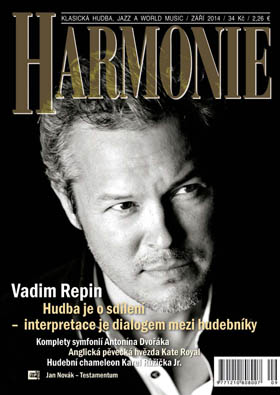 “…a sanctuary of tranquility. The listener perceives a lovely experience characterized by complete relaxation.”

SLEEPSONGS by Caitríona O’Leary & Dúlra has been reviewed by Gwyn Parry-Jones at MusicWeb International.

“Quite apart from the musical qualities, enormous care and imagination has gone into the presentation of the project. It comes in the form of a small hard-back book, the CD slipped inside the rear cover. The contents are illustrated with rather dramatic photographs, the texts clearly printed in Irish and English, the margins decorated with border patterns in the style of William Morris (indeed they may actually be William Morris, though the booklet doesn’t say).

Beautifully produced then, and the same description can be applied to the music. Caitríona O’Leary here creatively explores ancient forms of Irish music, though she emphasises that she has been singing some of these songs for many years. Song plays a vital part in Irish culture – the Irish still use the phrase ‘abair amhráin’ meaning ‘to speak a song’ – indicating the close and overlapping nature of music and poetry. The music of a song can have a magical quality; it can be a spell simply to lull a child to sleep, or to ward off evil spirits who are often lurking nearby. In her notes, O’Leary makes the point that “Irish fairies are not like Disney’s Tinkerbell! They are mansize and menacing!” Most of the songs are in the Irish language, but track 14 contains Lollai litil child, from the so-called Kildare Poems of around 1330.”

German magazine Piano News have interviewed Ivan Ilić where he discusses THE TRANSCENDENTALIST.

“Ilić makes his case with unfaltering poise; and if you feel that his offerings of works by John Cage, Scott Wollschleger and Morton Feldman hardly reach a sense of the transcendental in the same sense as, say, Fauré’s late song-cycle L’horizon chimérique (literally ‘the mystical, transcendental beyond’), his theory, one that remembers the endless repetitions of Satie’s Vexations, finally leads to silence, the negation of sound itself. Ilić is well recorded and will prompt even the most enterprising musicians to think again.”

SLEEPSONGS by Caitríona O’Leary & Dúlra has been reviewed by David Kidman at the Fatea Magazine website.

“For Caitríona’s musical personality really does impart a special atmosphere to the disc: thrillingly intimate, intense and mesmeric – but never soporific (many of the tracks may be lullabies, but they won’t send you to sleep!). And the disc’s additional aura of high-class product is ideally complemented by its most lavish, elaborate and handsome packaging. The humble CD is encased within a sturdy digibook, which contains photographic images created to resemble Pre-Raphaelite paintings and staged to evoke the disc’s song lyrics; these are reproduced in their entirety (and with translations), together with Caitríona’s own detailed explanation of the sources of text and tune and her rationale for arrangement. So this release is quite literally a work of art, not just a beautifully sung, played and engineered audio CD”

Another review for Ivan Ilic’s THE TRANSCENDENTALIST, this time from The Netherlands and the Opus Klassiek website.

“What we are treated to is the most varying sound juxtapositions, interpretive finesse and a fairy tale-like interplay between dream and zest. Aren’t there any brushes with extreme contrasts? Certainly, but only in a purely expressive sense, a poetic path which shows that each detail has been contemplated, in conjunction with an astounding spontaneity.”

“To my feeling a true interpreter can’t do a better job proving himself than in this rich juxtaposition of miniatures, in which a barely perceptible rubato, or the slightest dynamic gradation, can make the difference between night and day.”

“This is, therefore, a recital collection of a variety of pieces that are slow, languid, thoughtful and peaceful. The short Scriabin works are all of the type that recall Satie, or Debussy; simple, subtle, yet moving works that create miniature sound-worlds.”

“Themes come and go, return and fade, creating a sound-world full of questions, rather than resolving and making statements. Ilić plays this work much shorter than most pianists – the three other versions I have of Palais de Mari run from 25 to 29 minutes – but the sound he gets from his Steinway D is rich and complex.”

“Scott Wollschleger’s Music Without Metaphor also has this same feel, with a stark Feldmanesque sound. His piece is a fascinating exploration of simple melodic fragments played seemingly without rhythm. In the hands of Feldman, this could go on for an hour, but Wollschleger stops at less than seven minutes.”

“This should appeal strongly to those who want a piano disc to make them think.”

Catherine Peillon selects THE TRANSCENDENTALIST by Ivan Ilić as one of her CDs of the Month.

“Ivan Ilić is a singular pianist.  A mathematician, a musician to the tips of his fingernails, occasionally an actor, he is as profound as he is multifaceted, mischievous and full of surprises.”

“Ivan Ilić takes us back to the spiritual sense of the word: as in meditation, it is mainly an introspective path leading to a sort of illumination where we focus on and are absorbed in each sound, each silence, each interstice and the absolute present.”

The Classical Reviewer reviews THE TRANSCENDENTALIST

“Pianist, Ivan Ilić, gives a tremendously cohesive recital of Scriabin, Cage, Wollschleger and Feldman that surprises and enlightens at every turn on a new release from Heresy Records.”

“This is a tremendously cohesive recital that surprises and enlightens at every turn. I would encourage people to get this disc, not only for Ilić’s fine performances but to challenge their ideas on modern music.”

“In addition to an extract from Emerson’s lecture on The Transcendentalist, there are notes on each composer, a note by Eric Fraad on the connections made between the featured composers and notes by the pianist on the music. The recording made at the Salle Cortot, Paris is excellent.”