THE WEXFORD CAROLS by Caitríona O’Leary and featuring Tom Jones, Rosanne Cash & Rhiannon Giddens is Album of the Week, this week, on RTÉ 1 Radio.

The album reached the Number 1 slot on the Billboard World Albums Chart in January 2015.

Here’s what Tom Jones had to say on his Facebook page when he heard the news. 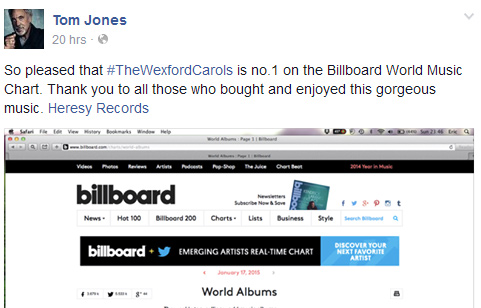