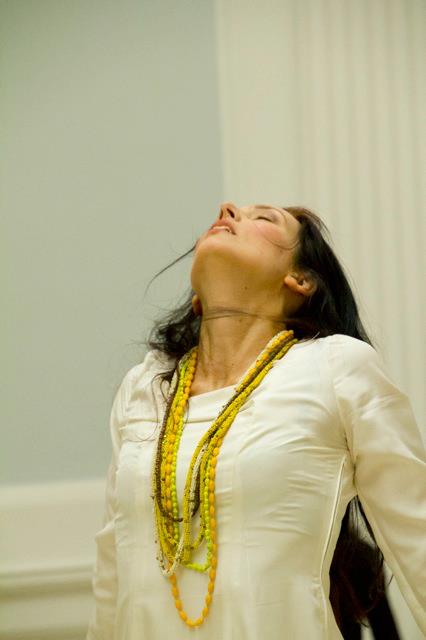 The poetic translations of Mssrs. Ó Muirthile and Rosenstock and Ms. O’Leary’s poignant and emotionally intense interpretations and arrangements will result in a unique and artistically powerful way in which to experience the remarkable repertoire of Joni Mitchell.

Joni Mitchell has been described by Rolling Stone as ‘one of the greatest songwriters ever’. Her intensely poetic lyrics probe romantic themes of longing, joy and disillusion, as well as social and environmental concerns. Her music ranges from acoustic folk, rhythm and blues, and pop to harmonically complex jazz experiments.

In 2014 Ms. O’Leary was commissioned by IMRAM to create PORT A’ TSAOIL: Tionscadal Kate Bush/ JIG OF LIFE: The Kate Bush Project, which she performed to SRO audiences at venues in Dublin and Belfast.