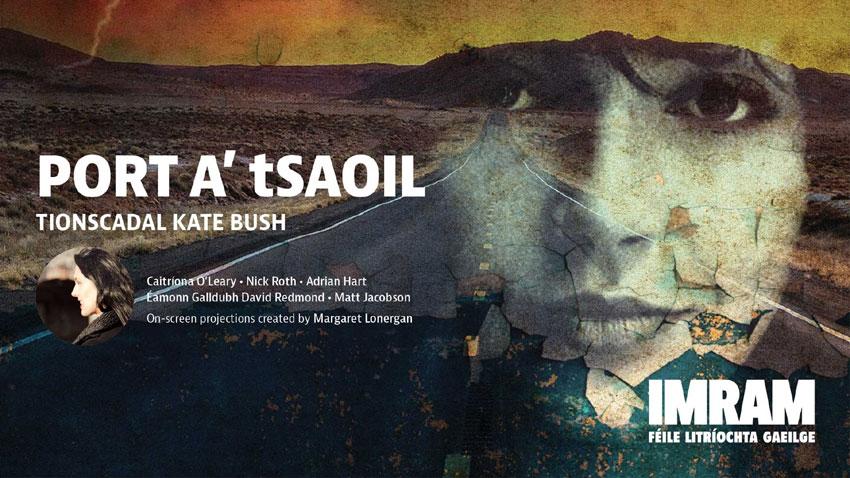 Kate Bush is an artist like none other – weaving rock, classical and folk music to extraordinary effect. Her lyrics are highly dramatic, drawing on a wide range of literary and cinematic sources, exploring themes of childhood, love, death, war and mythology.

IMRAM works to put Irish language literature at the heart of our nation’s public life, through an innovative annual festival, supporting writers and publishers, encouraging the sale of books, provoking debate, and engaging Irish speakers and Irish learners across Ireland and the diaspora. 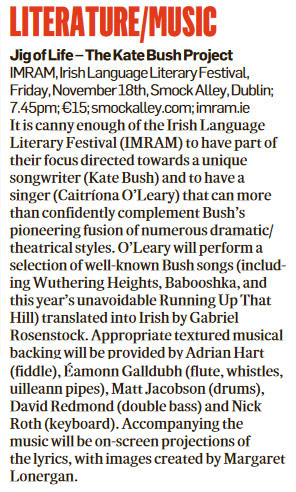