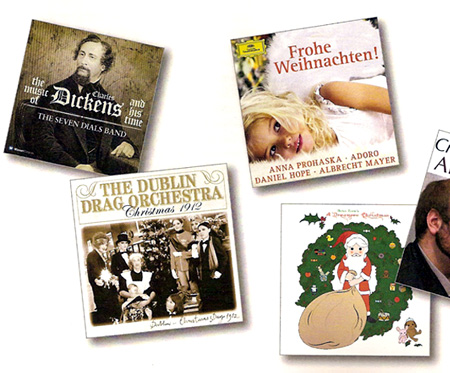 “A lively bustle is signaled from the outset by the cover photo of the vinyl single Christmas 1912. Presented on both sides of the disc is the French Baroque composer, Marc-Antoine Charpentier’s Litanie de la Vierge which is given a virtuosic and refreshingly cheeky interpretation by The Dublin Drag Orchestra.”

“Baseball Hall of Famer Yogi Berra once gave the directions: “When you get to the fork in the road, take it.” I did and I found myself reading about a new record label called Heresy Records. Eric Fraad is the lead man at Heresy, and his concept is to work closely with the artists to produce a product which is “sophisticated, well thought out, idiosyncratic and memorable.”

The internationally celebrated early music sensation, The Dublin Drag Orchestra will release two 7” vinyl records and an EP digital download for the Holiday Season. The vinyl singles and the digital EP include rarely performed French and Italian baroque music by composers Marc-Antoine Charpentier (1643-1704) and Luigi Rossi (1597-1653).

The singles and the digital EP are The Dublin Drag Orchestra’s follow up to their critically acclaimed debut double album Motion of the heart & ¡Viva Frida!

The first single Christmas 1912 features Litanie de la Vierge by Marc-Antoine Charpentier. The 11-minute motet is split on to both the A & B sides of the record. Both singles are being released as a Special Limited Edition with only 500 or each being produced worldwide.

The second single One Minute to Midnight, New Year’s Eve 1912 includes two vocal trios from Luigi Rossi’s opera, Orfeo. The A side contains the piece Dormite Begli Occhi (Sleep beautiful eyes), the astoundingly beautiful Chorus of Graces that lulls Euridice to slumber. The B-side features Al Imperio d’Amore (The empire of love), a rousing chaconne that takes place before Euridice is killed by a snakebite.

Buy The Dublin Drag Orchestra from the Heresy Shop

New Release – The Lost Discs by The Dublin Drag Orchestra 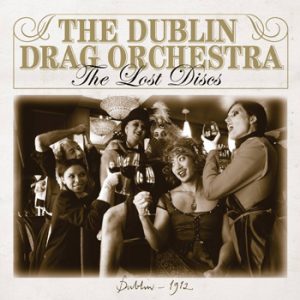 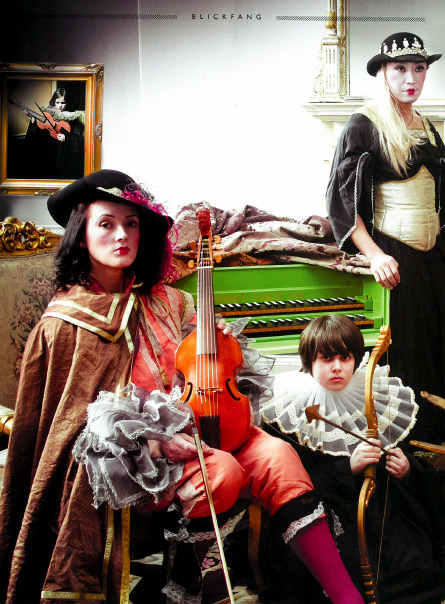 “The Dublin Drag Orchestra’s two debut releases are motivated by quality and fun – gender identities notwithstanding.”

“ls this taking early music’s quest for authenticity too far? As its name suggests, the Dublin Drag Orchestra comprises crossdressing male musicians. But Eric Fraad, the iconoclastic stage director who has released the group’s debut albums on his Heresy Records label, maintains a sense of mystery about whether the attire is a matter of personal preference or showmanship.”

“The musicians on this recording are truly stunning. They produce a fascinating world of beautiful colours and sounds, and their musical creativity, passion and soul reaches out and touches the listener in a way that few can.”

“For its expressive interpretations, interesting cover design work, and stunning musicians, this is my CD recommendation of the year, so far.”

“The performances are top-notch, an effective blend of instrumental and vocal works in various combinations of duos, trios and small ensembles.”

“The packaging for this release is a welcome addition to the music, featuring thought-out artistic tableaus with the group in extravagant costuming, and makes purchasing the actual set (priced economically at the single disc price) preferred over individually downloading the songs.”

Shop for The Dublin Drag Orchestra

The Dublin Drag Orchestra’s double CD Motion of the Heart & ¡Viva Frida! receives a great review from The Arts Desk.

” Pieces for viol consort by William Lawes accompany vocal works by John Dowland and John Ward; the latter’s Hope of my Heart is exquisite here.  The restraint, the emotional coolness of the music is skilfully projected; we’re in a world of muted colours and repressed emotions.”

Shop for The Dublin Drag Orchestra

Dublin Drag Orchestra is CD of The Week on Deutschlandradio Kultur

The Dublin Drag Orchestra’s double album Motion of the Heart and ¡Viva Frida! is CD of The Week on the nationwide radio station Deutschlandradio Kultur from today.

“It doesn’t matter what these musicians wear or call themselves, they are going to be remembered for a distinct sense of musicianship and yes, there’s an undefinable flavour to their music.” Kate Rockstrom – Readings, Australia

“It takes chutzpah to programme Hank Williams alongside William Lawes.”

On June 1st, Heresy held a guerilla launch event in association with Naxos Germany at Classical:NEXT in Munich. The wine and music party celebrated the worldwide release of The Dublin Drag Orchestra’s new double CD Motion of the Heart & ¡Viva Frida! Classical:NEXT is the new international professionals forum for classical and art music.