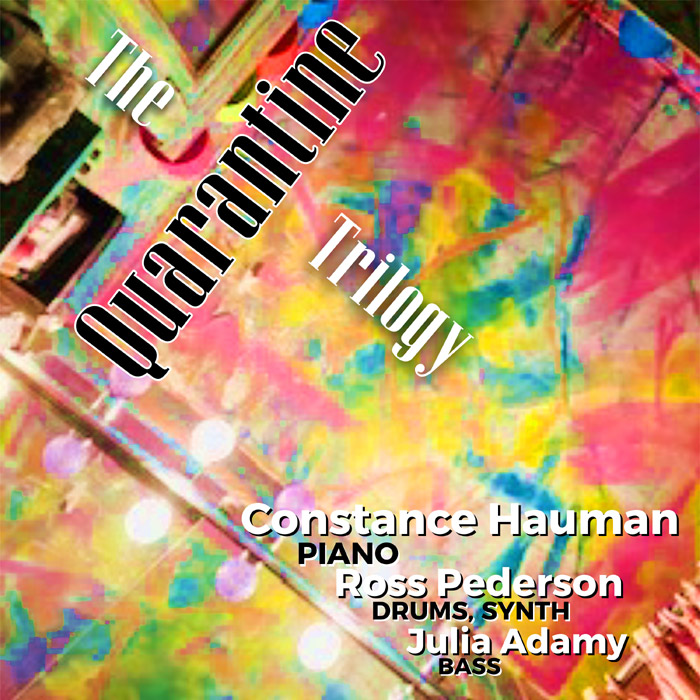 On Friday 29th May 2020 Isotopia Records will release a digital EP entitled The Quarantine Triology by Constance Hauman. It includes four tracks, three of which were written in March 2020 prior to the lockdown due to the Covid-19 pandemic in New York, NY. The recording marks Hauman’s first foray as a solo pianist and her first release of purely instrumental music. The recording features Hauman (piano), with contributions from the celebrated jazz virtuosi, Ross Pederson (percussion, synthesizers) and Julia Adamy (bass).

One of the most versatile performing artists on today’s contemporary music scene, Hauman’s rich imagination continually leads her to new realms of self-expression and artistic creation. In The Quarantine Trilogy she articulates her personal experience of the most disruptive, isolating, yet communally shared event of our time.

Following two highly acclaimed solo vocal albums – created with co-producer Ross Pederson – singer/ songwriter Constance Hauman leaves the vocals behind on The Quarantine Trilogy and channels her voice into the piano. The tracks Panacea, Total Lockdown and Apollo are real time improvisations between Hauman and Pederson. They were recorded at Isotopia Studios on the eve of New York City’s lockdown resulting from the Covid-19 pandemic. As social distancing regulations interrupted their recording sessions, they decided to leave the three tracks in their improvised states with the exception of Apollo for which Pederson and Julia Adamy remotely added drums and bass.

Spirit is an improvisation created by Hauman and Pederson on 13th January 2017, three days after Barak Obama’s Farewell Address. What began as an improvisation between strings and piano, became a moving tribute to President Obama’s legacy. Pederson asked Hauman if she wanted to add vocals or lyrics. Looking out the window at the full moon, Hauman said ‘There is only one voice I want to hear right now.’ They took phrases from Obama’s speach and added them to the track.

Since Spirit’s release on Soundcloud in 2017, the track has received over 85,000 streams internationally. Hauman comments on the inclusion of Spirit on this recording, ‘Given the uncanny and unsettling timing of this catastrophic pandemic and with the virulent and divisive political climate of this election year, it seemed fitting to add Spirit to the Quarantine Trilogy’.

The Quarantine Trilogy will be distributed digitally by Naxos and available on all major streaming and download platforms including, Spotify, Apple Music, Amazon, Soundcloud, Deezer, etc.