♯BURNED, a fully staged performance featuring the works of Irish composer, Roger Doyle including the world premiere of Act 1 of his new opera The Death By Fire Of Giordano will premiere on 14th August 2013 at the Kilkenny Arts Festival with further performances at the Mermaid Theatre and Dublin Theatre Festival. The production will be directed and produced by Heresy Records founder, Eric Fraad. 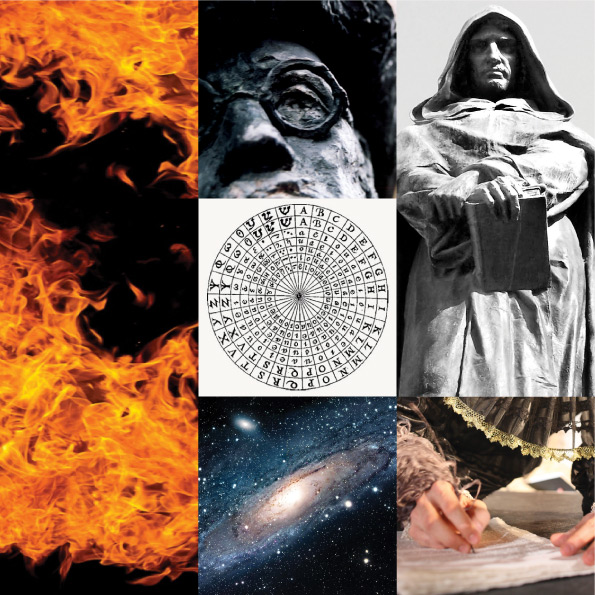 Heresy will record ♯BURNED this summer and will release the album in January 2014.

Part One of ♯BURNED features a selection of works by Doyle including a new piece for singers and instruments. Part Two presents the premiere of Act One of The Death By Fire Of Giordano Bruno.

The opera will be the first by Doyle and also the first opera on the life and works of Giordano Bruno, one of the Renaissance’s most influential, controversial and heroic figures – a thinker whose ideas and ideology are more at home in the 21st century than they were in the 16th.

Featuring a libretto by celebrated playwright/dramaturg, Jocelyn Clarke and a production staged by the Irish-based American director, Eric Fraad, The Death By Fire Of Giordano Bruno is a chamber opera featuring five singers, four acoustic instrumentalists and electronic orchestra.

The opera focuses on the life of the heretic genius, Giordano Bruno beginning in the court of Henry III, King of France, for whom Bruno displayed his arcane system of magical memory in 1582. Act One then travels to Bruno’s trial for heresy before the Papal Court in Rome and ends in his prison cell on the night before his execution where he is visited by allegorical figures from his works, himself as a young boy and James Joyce.