“The innovative Dublin-based early music ensemble eX are always worth watching when their rare costumed concerts are performed. In a word: Glorious.” Irish Independent (Ireland)

“The interpolation of sacred works by Morales and Victoria are dramatic masterstrokes and the singing of O’Leary, Clara Sanabras and Juan Sancho has a spare, dreamy quality. Shipwrecked has something to offer fans of many genres, whether its early or traditional music.” Craig Zeichner, Ariama.Com (USA)

“On the surface this is a collection of Renaissance vocal and instrumental music. However set against the background of a Spaniard who is shipwrecked and forced to experience and contend with the culture and ways of ancient Ireland this becomes an incredibly fascinating story.”
“Caitríona O’Leary’s clear and enchanting soprano playfully leads us through a myriad of the most diverse sounds, modes and moods. The performances exhibit a great deal of commitment from the ensemble and eX finds a way – through the grandeur of the Spanish music and the playfulness of the Irish jigs to carry the listener away. A Great CD!” Robert Strobl, Toccata – Alte Musik Aktuell (Germany)

“It made for excellent entertainment with some very fine musical sequences” Ian Fox, Opera (UK)

“It was very satisfying to see the enthusiastic audience, who gave a prolonged standing ovation at the end of the spectacle. Several people, who did not think they would be interested in early music were enthralled” Michael Collins, The Irish Catholic (Ireland).”

“The Ulster Bank Belfast Festival at Queen’s audience went wild at the finish and wouldn’t stop clapping and cheering until the last song was performed all over again, with added improvisation and some rude lute playing. Shipwrecked can best be described as a dreamlike experience. It is a Renaissance phantasmagoria. It effortlessly sweeps you up, but as with any dream, no description can do it full justice. eX have created a unique experience. So much so that we were tempted, like Francisco’s chieftain host, to detain them to play for us forever and ever…” Angeline Adams & Remco van Straten, Culture Northern Ireland.Org (Northern Ireland) 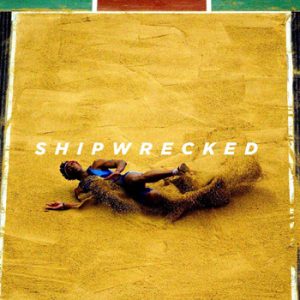 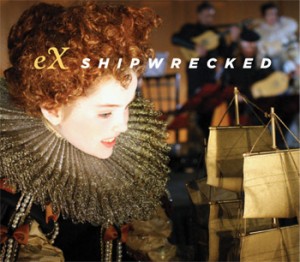 Back to eX artist page