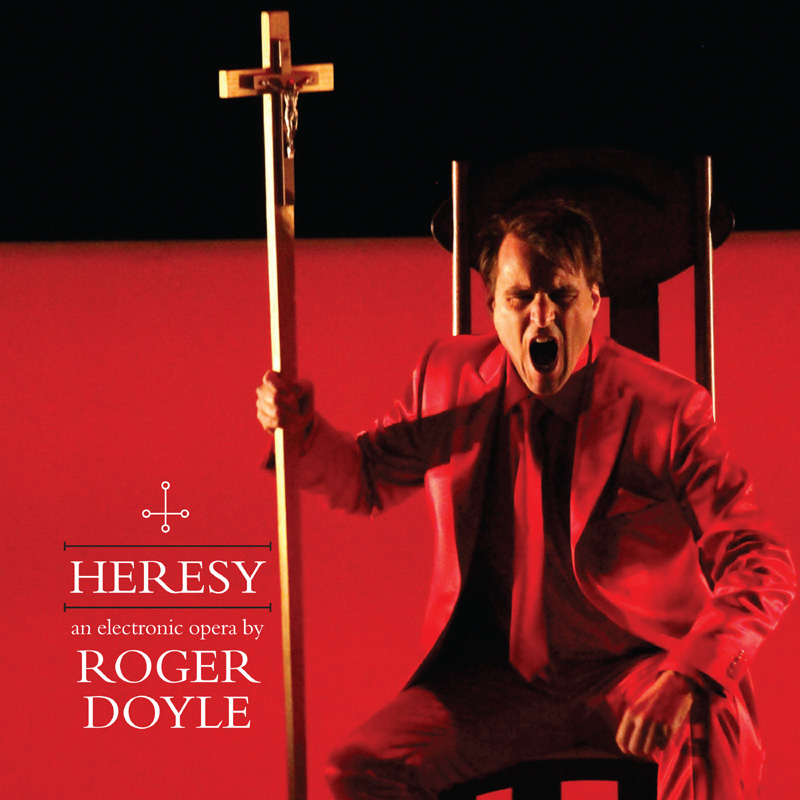 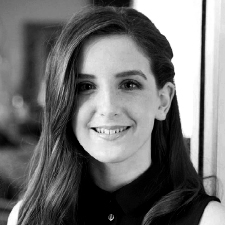 Aimee Banks is a fourteen year old soprano from Galway, Ireland. She is a student of Colaiste na Coiribe secondary school and a past pupil of Stageschool Ireland.

Aimee was launched onto the international stage last year after being chosen to represent Ireland at The Junior Eurovision Song Contest 2015, in Sofia, Bulgaria. This amazing opportunity led to performances on National and International
television and radio to include The Late Late show.

Since then she has had the honour of performing on the iconic stage of Carnegie Hall, New York having won her first International title for operatic aria category of anInternational Vocal Competition. Her rendition of Handel’s Lascia ch’io Pianga earned her a special recognition award for performance of the night.

An award-wining vocalist she currently holds two International Vocal titles and received the Overall Jr Vocalist Award and Bursary from Feis Ceoil two years running, 2015 (Midlands) and 2016 (Sligo). She received an award for Outstanding Achievement in Arts and Culture 2016 from Galway Roscommon Education and Training Board and a High Achievers Award from The Royal Irish Academy of Music.

This year has been momentous for Aimee having performed on some of Ireland’s most impressive stages to include The National Concert Hall and The Convention Centre Dublin.

In April Aimee flew to the USA where she auditioned at Boston Symphony Hall and performed at The Norman Rockwell Museum and The Whitney Centre for the Arts. Recently she performed at the International Rose of Tralee Festival and held her Debut Irish Concert in October, in aid of LauraLynn Children’s Hospice, at Galway Cathedral. 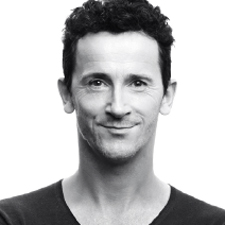 In addition to his ongoing work as a Director, Composer, Arranger and Teacher, Morgan’s future engagements include a 2016 Christmas concert tour of Ireland /UK /Switzerland, the worldwide launch of a new television role and a US tour for Columbia Artists in 2017. 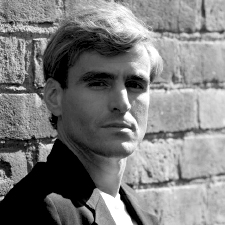 Robert is completing his dissertation for a PhD in historic musicology at Boston University, focusing on the life and times of the last operatic castrato, Giovanni Battista Velluti.

He has worked for over twenty years as a male soprano, was a 1995 National Winner of the Metropolitan Opera Competition and has sung over 70 leading roles in operas and dramatic oratorios in the United States and across Europe.

He has presented papers or lecture recitals at the American Musicological Society’s national convention, the ICBM in Salzburg, the Tosc@Bologna, the Biennial Conference on Nineteenth-Century Music in Great Britain, and at the Society of Seventeenth-Century Music.

He and Prof. Michael Eberth, historic organ, have collaborated on two recordings with the Bayerischer Rundfunk and Hänssler Profil, 2008’s The Virtuoso Soprano Motets of Giacomo Carissimi, which was named to Crescendo Magazine’s Year’s Best List, and 2011’S Songs to Mary: the Marian Motets of Monteverdi, Grandi and Carissimi which garnered critical praise in Europe and North America.

In the past year he has been privileged to sing one of Velluti’s favorite roles, Vitekindo in Nicolini’s Carlo Magno at the Fliegende Volksbühne in Frankfurt and Mozart’s Exultate Jubilate at Bath Abbey with the Bath Philharmonia. 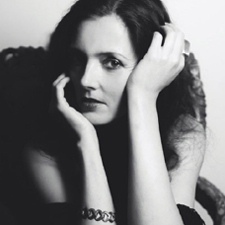 Caitríona O’Leary is known internationally for her intense and passionate performances of Traditional Irish song and Early Music. Recently she recorded The Wexford Carols, an album of traditional Irish Christmas carols, with the producer Joe Henry featuring guest artists Tom Jones, Rosanne Cash, Rhiannon Giddens and an all-star band. The album reached #1 on the Billboard charts.

Caitríona’s previous work with Roger Doyle includes performance in #Burned (the work-in-progress version of HERESY) and the CD Frail Things in Eternal Places.

She is known for her Irish language interpretations of the songs of Kate Bush and Joni Mitchell for IMRAM and has recorded over twenty critically acclaimed albums with her band Dúlra, and the celebrated early music ensembles Sequentia, The Harp Consort, Joglaresa and eX (the Irish-based Early Music ensemble she founded with Eric Fraad in 2006). These have been for EMI Virgin Classics, BMG Deutsche Harmonia Mundi, Heresy Records/Naxos, Vox and Avie. 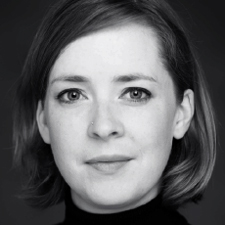 The Irish soprano Daire Halpin is based in London. She graduated in Music and Philosophy from Trinity College Dublin prior to vocal studies at the Dublin Institute of Technology Conservatory of Music and Drama (DIT) with Mary Brennan, the Conservatorio Statale di Musica ‘Luigi Cherubini’ in Florence with Maestro Gianni Fabbrini, and the Opera Course at the Guildhall School of Music and Drama in London with Ameral Gunson. She is a graduate of the Britten Pears and Wexford Fesitval Opera Young Artist Programmes and now studies privately with Yvonne Kenny.

At DIT Daire Halpin earned the McNamara medal for Outstanding Achievement, and was supported in her studies at the Guidhall School of Music and Drama with awards from the Arts Councilof Ireland, the Arts Humanities Research Council, the Worhsipful Company of Barbers, the Anthony Kearns Music Fund and Fenn Wright Manson.

Daire Halpin was also selected to take part in the International Lied Masterclasses with Udo Reinemann at the Koninklijk Conservatorium, Brussels.

Daire Halpin’s operatic engagements have included severalworld premières: Zerlina in Don Giovanni (Opera Theatre Company, Dublin Theatre Festival 2016), Julia in Torsten Rasch’s The Duchess of Malfi (English National Opera), Hilde in Craig Armstrong’s The Lady from the Sea (Scottish Opera), and Hulda in Raymond Deane’s The Alma Fetish with Wide Open Opera and the National Symphony Orchestra of Ireland. She took part in the workshops on the role of Rebecca in Nico Muhly’s Two Boys for English National Opera and the Metropolitan Opera of New York. She has also taken part in premières of works by Rhian Samuels and Colin Mawby. 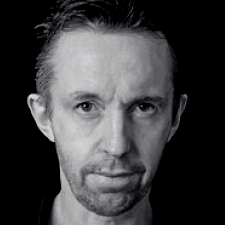 Jack is not an opera singer, but he can give a mean Spancil Hill with a bit of encouragement. He trained as an actor at the Focus Stanislavski Studio, the Oscar School of Acting and L’Ecole De Mimodrame Marcel Marceau in Paris.

He worked all over Europe with Le Theatre De La Sphere, La Mandragore and Le Croc’ Mot Theatre, and was teaching assistant to Marcel Marceau in Italy and the United States. Irish theatre credits include Arrah Na Pogue, Julius Caesar, Tarry Flynn, The Secret Fall of Constance Wilde, The Life of Gallileo, The Shadowy Waters, A Full Moon In March, The Countess Cathleen, The Reel McCoy and Democracy, all at the Abbey/Peacock. Stones In HisPockets (Bilingual Irish/English in Belfast, Dublin & Milwaukee Irishfest), The Resistable Rise of Arturo Ui (Waterfront, Belfast), Metamorphosis, The Playboy of the Western World (Big Telly, Lyric & Tour), Once Upon A Mattress, The Blizzard Wizard (Lyric, Belfast), Bent (Blue Raincoat), The Crunch (Island, Limerick), Dublin 1742 (The Ark), The Borrowers (Helix), The Duchess of Malfi (Loose Canon, Project Arts Centre), Hamlet (Second Age, Tivoli), The Children of Lir (Mimodrame Theatre, Tivoli), Act Without Words 2, At The Hawkswell, The Only Jealousy Of Emer (Throwin’ Shapes, Samuel Bekett Centre), Poor Superman (Project @ The Mint), Kafka’s Letters to Felice (Pavilion), The Odd Couple (Civic), and Guerilla Days In Ireland (Olympia and tour).