Caitríona O’Leary is known internationally for her intense and passionate performances of Early Music and Traditional Irish song.

She has recorded over twenty critically acclaimed albums with her Trad band Dúlra, her Early Music performance ensemble eX & the ensembles Sequentia, The Harp Consort and Joglaresa amongst others. Her recording, The Wexford Carols, featuring guest artists Tom Jones, Rosanne Cash, and Rhiannon Giddens, reached #1 on the Billboard and Amazon charts.

She is also active in contemporary music. In November 2016 she performed and recorded Roger Doyle’s new electronic opera, Heresy.

Nick Roth is a saxophonist, composer, producer and educator.

He is artistic director of the Yurodny Ensemble and a partner at Diatribe Records, Ireland’s leading contemporary music label.

Deirdre O’Leary studied at the Royal Northern College of Music and Accademia Chigiana, Siena. She has regularly played with the National Symphony Orchestra of Ireland, the RTÉ Concert Orchestra, Wexford Opera Festival, and the Irish Chamber Orchestra.

Since 2003 Deirdre has been a member of Crash Ensemble and has toured throughout Europe, Australia and the US and recorded for the Nonesuch label. She has performed at Carnegie Hall, with Dawn Upshaw and Iarla Ó Lionáird, the Barbican, the Royal Opera House, Covent Garden, the Edinburgh festival, and Dublin & Galway theatre festivals.

She is a founding member of Cassiopeia Wind Quintet. With Cassiopeia she has performed at the Galway Midwinter Festival with the Con Tempo Quartet, Rolf Hind, Lore Lixenberg; at the New Ross Piano Festival with Finghin Collins, Melvyn Tan, and Lise de la Salle; and at the Sligo Chamber Music Festival.

Francesco Turrisi studied jazz piano and early music at the Royal Conservatory of The Hague.

Since 2004 he has been a regular member of the celebrated early music ensemble L’Arpeggiata. With L’Arpeggiata he has performed at all major early music festivals in Europe and around the world (Turkey, Russia, China) and has recorded for Virgin, Naive and Alpha.

He has released four critically acclaimed albums – as a leader and two as co-leader – (Tarab and Zahr) on Diatribe records and on his own label Taquin records. 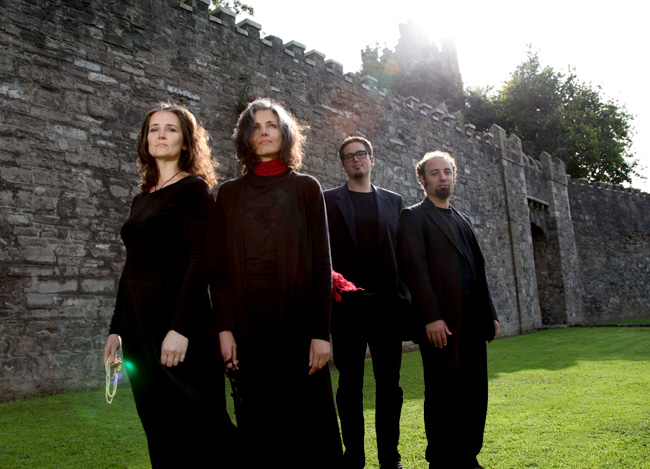